Veterans have been in our midst since the founding of Pipefitters Local 537. Many have served and some have made the ultimate sacrifice to defend our freedoms.

We especially remember and honor Pipefitters Apprentice Richard T. McAndrew, Jr. from Braintree, Massachusetts. Richard was a Sergeant in the United States Army 1st Infantry Division, 1st Battalion, 28th Infantry, A Company during the Vietnam War. He was killed in action in South Vietnam on August 7, 1967.

May Sergeant McAndrew and all veterans who died in the line of fire rest in peace. 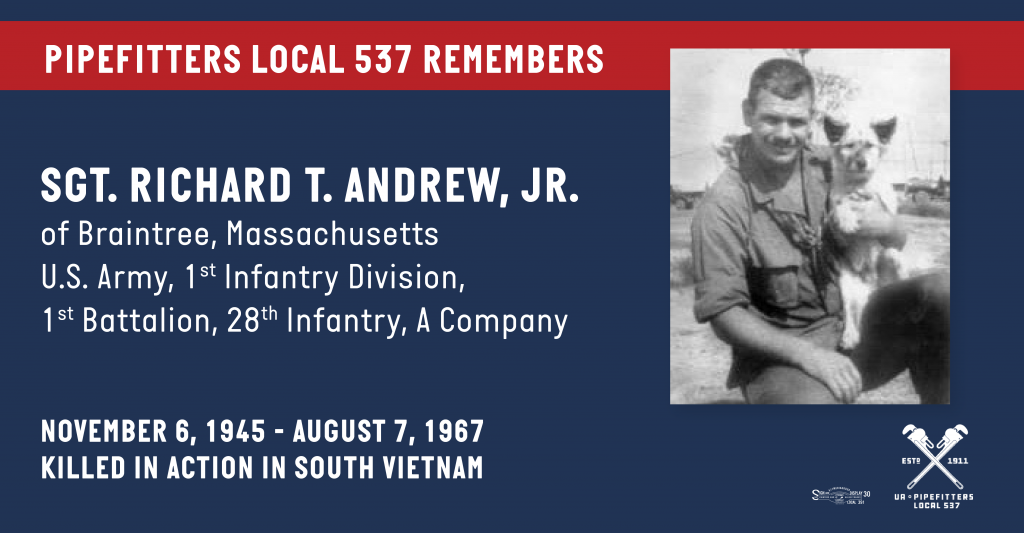