I want to share with you the incredible story of Brother Oscar Ramirez, which was featured in MetroWest Daily News this week. Oscar is a recent graduate of our apprenticeship program and has had a long, nearly unbelievable journey to get where he is today.

As a child, Oscar survived the massacre of his village of Dos Erres, Guatemala. Upon moving to the United States in 1998, Oscar worked multiple jobs and 16-hour days before learning about Pipefitters Local 537 and making the life-changing decision to apply to our pipefitter program. And earlier this year, he became a naturalized U.S. citizen. 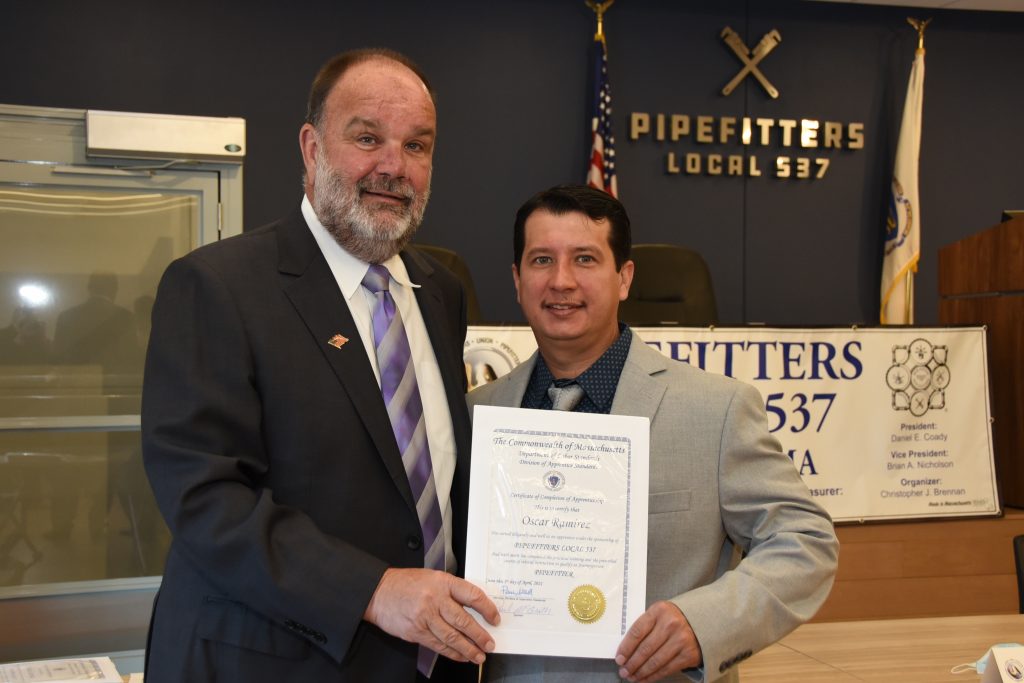 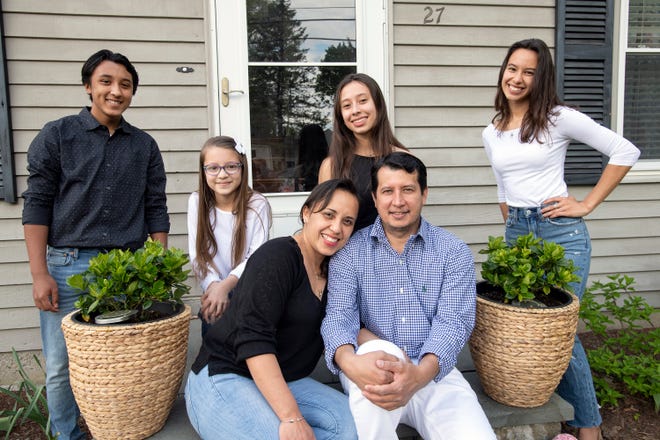 Oscar Ramirez with his wife Nidia Franco and their children (from left to right), Oscar, Dulce, Nicole, and Andrea

Oscar’s story is the American Dream. Today, he lives in Framingham, Mass. with his family. As one of our finest new journeypersons in Local 537, he looks forward to a long, stable career as a union pipefitter.

“It changed my life a lot,” said Oscar. “I hope in the future to help someone who is struggling with jobs and get them into the program.”

Read the full story from MetroWest Daily News below.

For Framingham’s Oscar Ramirez, a long road to the American dream

FRAMINGHAM — Oscar Ramirez has scant memories of the events of Dec. 6, 1982, in his small village in Guatemala.

Ramirez was just 3 years old when more than 200 people in Dos Erres were murdered,  a massacre that was part of the country’s more than 30-year civil war. Ramirez’s mother and eight siblings were killed. Ramirez’s father survived because he was in another town at the time of the raid. The father and son reunited in the United States a decade ago.
“I don’t have much memory of it,” Ramirez said of the horrific massacre.
Ramirez survived but was abducted by an officer in the commando group that took part in the massacre. He lived with the officer’s family for many years before moving to the United States in 1998.

“I wanted to come to work, have a better life,” he said.

Ramirez, 42, initially lived in Arlington, Virginia, but later moved to Framingham where several of his friends from his Guatemala hometown had built roots. He worked multiple jobs — often up to 16 hours a day — as a housekeeper, supermarket worker, truck driver, landscaper and construction worker.

But despite having steady work, the American dream was still out of reach for Ramirez, his wife and four children. The family lived in a small apartment and lived paycheck to paycheck.

“I wasn’t making enough money to support my family,” he said.

Life-changing move That is until a friend told Ramirez about the Pipefitters Local 537 apprenticeship program.

Ramirez enrolled in the five-year program — a mix of schooling and on-the-job training — and though he said it was initially extremely difficult to learn the ins and outs of the trade, he became more and more comfortable as it went along.

“It was really tough at the beginning,” he said. “I knew it would get better at some point. You see the light at the end of the tunnel. It’s really, really valuable.”

Three years into his apprenticeship, Ramirez was approved for a loan to purchase a home in Framingham.

“We’re really enjoying having a house,” he said.

Graduating from the apprenticeship program recently was a dream come true for Ramirez. He is working full time with the union on several projects in and around Boston.

After struggling for years to find a good-paying job, Ramirez hopes to pay it forward. He is encouraging others to enroll and plans to help guide others through the program.

“It changed my life a lot,” he said. “I hope in the future to help someone who is struggling with jobs and get them into the program.”

Ramirez had one more goal to accomplish before bringing his American dream full circle. Earlier this year he took the citizenship test and officially became a naturalized U.S. citizen.

“That’s something I always wanted to do,” he said. “I’m grateful. It was a long way to get here.”